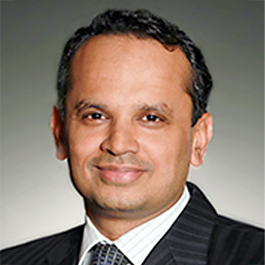 Rafe has 20 years of experience covering a range of businesses and functional roles gained from three global banks, an international asset management company and a legal firm, at various financial centers including London, Dubai and Kuala Lumpur.

He read Law at the International Islamic University Malaysia and also holds an LL.M degree from the Harvard Law School. He was admitted to the Malaysian Bar in 1995 and qualified for the New York State Bar in 1997.

Rafe first joined HSBC Investment Bank plc, London in 1999 and thereafter HSBC Financial Services Middle East, Dubai where he set up the global sukuk business in 2001. Subsequently, he became the Global Head of Islamic Finance business at ABN AMRO Dubai in 2004 covering both consumer and corporate businesses. In 2006, he moved back to Malaysia with Citigroup Asia as the Regional Head for Islamic banking, Asia Pacific. He later joined HSBC Amanah in 2010 as the CEO, Malaysia and Managing Director of Global Markets, ASP.

He was previously the Head of Islamic Banking for Citigroup Asia based in Kuala Lumpur. He was responsible for developing Malaysia as a regional Islamic finance hub for Citigroup and spread its Islamic business footprint across the region.

Prior to joining Citigroup, he established the Global Islamic Finance Department at ABN AMRO based in Dubai and was in charge of the Islamic wholesale and retail businesses for the group. Prior to that he was with HSBC Amanah in London & Dubai focusing on Islamically-structured cross-border transactions and the Sukuk market.

He was also a managing director at Fajr Capital, a Dubai-based Islamic investment company, looking at principal investments in the Islamic financial sector.

Rafe Haneef read law and Shariah at the International Islamic University in Malaysia. He was admitted to the Malaysian Bar and was practicing law in Malaysia specialising in Islamic finance. He then pursued his Master of Laws at Harvard Law School and subsequently qualified to the New York Bar.‎