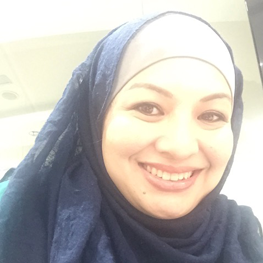 Joann Enriquez is currently the Chief Operating Officer of Ethis Ventures Singapore, a platform developer of the First Islamic Real Estate Crowdfunding company which crowd funds for affordable housing development in Indonesia. Ethis Ventures is the holder of the one of the six peer to peer lending license issued by Securities Commission Malaysia and is in the process of registration in Brunei, South Africa, and others. Ethis Ventures is also the first crowdfunding company signatory to the United Nations Global Compact, the largest Corporate Sustainability Initiative.

Joann has a double Bachelors in International Studies and Business Management from De La Salle University. She has a Masters in Business Administration and pending Doctorate in Business Administration from the University of Phoenix, USA and has recently completed her Master’s in Islamic Finance Practice from the International Centre for Islamic Finance, Malaysia.

Joann has worked and consulted  for various prominent financial and technology companies in the Silicon Valley while  based in San Francisco, California most of her adult  life. While in California, she was an active contributor to the CAIR, Council on American Islamic Relations and was very active in Interfaith programs specifically around Children and Motherhood.

She strongly believes that Fintech, Islamic Finance, and Women empowerment can all be achieved under the umbrella of MuslimWomenTech.org, one of the CSR initiatives of Ethis Ventures.

She hopes to leave legacies that will live beyond her; and eventually give back to her roots in the Philippines especially to the marginalised Filipina Muslim who have yet to be heard and represented in trade and commerce and in policy formulation of the Nation.