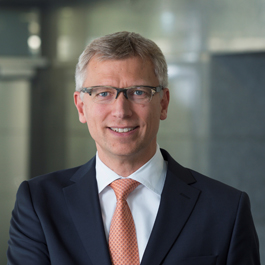 Born in Bonn, Germany. Attended high school in Bonn and Geneva. After studying economics in St. Gall, Switzerland, and Freiburg, Germany, he moved to the ifo Institute for Economic Research in Munich. After completing his PhD in 1998, he joined the Russia Division of the International Monetary Fund in Washington. Returning to Switzerland in 1999 he worked in the Country Risk Department of one of Switzerland’s large banks, where he was responsible for Russia and Eastern Europe. Jan Amrit Poser joined Bank Sarasin in 2001 and served the Bank which is now known as Bank J. Safra Sarasin in many different functions; first as a foreign exchange strategist, then as its Chief Economist, Head of Research and Head of Asset Management. Since 2013 Jan Amrit Poser is responsible for the sustainable investment process and the claim of Sustainability of Bank J. Safra Sarasin. Jan Poser is a renowned commentator of sustainability, economic and financial market developments in the media.