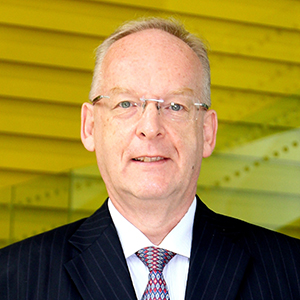 Daud Vicary Abdullah is the Managing Director of DVA Consulting Sdn. Bhd and the former President and Chief Executive Officer of INCEIF, The Global University of Islamic Finance. He has been in the finance and consulting industry for over 44 years, with significant experience in Asia, Europe, Latin America and the Middle East. Since 2002, he has focused exclusively on Islamic finance where he has contributed to a number of books on the subject and has co-authored a book on Islamic finance entitled “Islamic Finance: Why it makes sense.” He is also a frequent speaker and commentator on matters relating to Islamic finance.

Prior to INCEIF, Daud was the Global Islamic Finance Leader with Deloitte. He was also previously Acting CEO of Asian Finance Bank, an Islamic bank based in Malaysia, and was the first Managing Director of Hong Leong Islamic Bank.

He is a member of the Chartered Institute of Islamic Finance (CIIF), a Distinguished Fellow of the Islamic Banking and Finance Institute of Malaysia (IBFIM) and a former Board member (2003 – 2007) of the Accounting and Auditing Organization for Islamic Financial Institutions (AAOIFI).