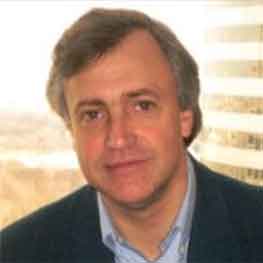 Arthur Wood has been an Impact Investing pioneer since 2005 after he joined Ashoka as a Leadership Group member in Washington DC. There he was in charge of one of Ashoka’s [the global leader in Social Entrepreneurship] core programmes with the brief on “how do you change the way Philanthropy and Social Society are funded?”

Prior to that based in the City of London in various analytical, change management and global product roles for 20 plus years – his team at Kleinwort Benson winning the award in London for the most innovative product development house from Private Asset Magazine as well at Coutts pioneering the application of Offshore Assurance Products.

In the social sector he is credited with conceptualising the Social Impact Bond;one of the first layered financing structures (the Eye Fund with Deutsche Bank and IAPB);engaging JP Morgan into the impact market. He also spent time working with former US & UKregulators (Charity and Banking) in changing legislation in the US for social purpose. His advisory / board posts have included positions: as an expert adviser to the OECD with input into the G8 Impact Investing report; as a member of the World Economic Forum Social Finance and Philanthropic Agenda council; with Big Issue Invest (UK’s second largest Impact Investing entity); and with Ecolint (Switzerland’s oldest and largest International School).

His current focus at Total Impact Advisors involves working with major corporations, NGOs, UN institutions, players such as McKinsey and Accenture, and former regulators on large scale process ideas – such as facilitating the move from bilateral programmatic funding to multi-stakeholder collaborative outcome models by creating structures that monetize and make tradebale the social problem, or in changing the terms of trade to the benefit of poorer communities. He was educated at the London School of Economics and Political Science, HEC at Jouy en Josas and SDA Bocconi in Milan. He is married to a Norwegian who works at the UN with three blonde children and a black Labrador – all of which requires an English sense of humour